Hello Friday Smilers.  Last week was another week of wonderful smiles shared by many.  Thank you to all who link up and share their smiles with us.....it really does make the world a happier play so keep up the good work.

I am featuring Tilly's post from last week.  She dropped in late [but of course it's never too late] so some of you might have missed her post with the gorgeous daffodils already in bloom.  They are rather too early and I really hope they are prepared for colder weather to come but what a welcome sight they were.....I love Spring.  Thanks for sharing them Tilly.

My smiles have been many this week....as always...and here's a few snaps to share with you.... 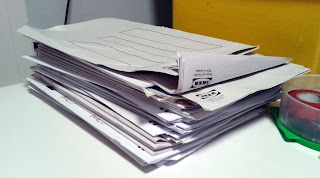 As most of you will know we have been putting in an Ikea kitchen over the last couple of weeks.  I'm thrilled to say it's nearly all finished now but thought you might have a giggle at the pile of instructions we have been left with!  There is a set of instructions in every box and with the kitchen coming in 150 boxes it's made quite a pile.....do you think Ikea would like to buy them back off us?  :-) 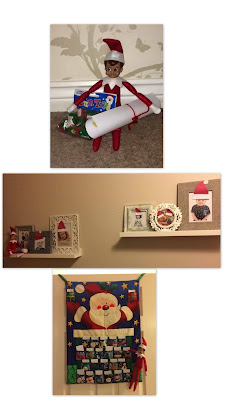 Some of you may have heard of Elf on the Shelf before but for those that haven't he is a mischievous little elf that gets busy during the night when children sleep and in the morning can be found in his latest hiding place by the children in the house.  He mustn't be touched or he loses his magic powers and each night he reports back to Santa about the sort of day the children have had.  The twins have one that has moved into their house for December that they have named Bob and as you can see he's already been up to mischief......there may be more pics to follow of his adventures throughout the month :-) 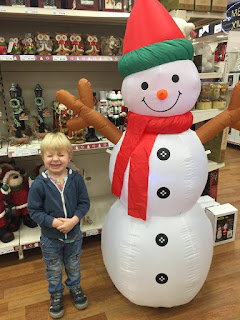 Steve has been shopping with his mummy while his sisters were in school and just look at his face at the sight of the inflatable snowman they found.....don't you just love him? 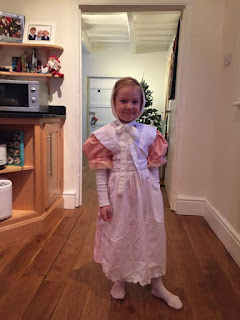 Lulu had to dress up as a little maid from the Fire of London for school this week.....I bet she was one of the best dressed maids there  :-)

It's been a great week here with lots of exciting sewing coming through my door but that's all the smiles I'm sharing for this week.  Please leave me a little message to let me know you've called in and link up your own smiles below.  Have a great week.
Hugs,
Annie x

Oh these little ones are darling.Love Steve's smile!What a sweet little Lulu.
Had to laught at those instructions!

No, I've never heard of the Elf on the Shelf.... Isn't that the Elf that mislays things when you're not looking?
Or is it the one in the wardrobe secretly making your clothes smaller? Ah, no, those are calories!
Yes, I did smile at the pile of Ikea instructions! Well done you for putting it all together! It is a sort of IQ test really.
Loved the photos of your grandies. What a pretty maiden!
have a great Friday,
Lisca

Hi Annie and happy Friday...gee don't they come around fast. I so love that idea of Elf on a shelf...must tell my daughter for next year...Sophie is learning about the advent calendar and treats (only if you're very good lol). Sam and Lulu pics are fabulous - all the excitement with the end of the year. Have a fab weekend and yes I think you should off those instruction sheets back to Ikea...save a tree!! Hugs Robyn

Oops!!! Blogger published two jokes this week but I have changed the Bunny one and it will come out again. Don't tell anyone!
Your little uns look so happy. Can I borrow Lulu to help me clean up?
Hugs
xx

It's such an exciting time for the children and it certainly shows on Steve's face. Lulu looks wonderful all dressed up and must have been the "poshest" maid.
That's the first I've heard of the "Elf on the Shelf"... must look for him as I some little ones who would love his antics.
Have a great weekend..... we are off to the Lakes again next week!
Jo x

Oh I love the Elf! Such a wonderful thing for the children to discover each day. I've seen many families sharing in such joy. Take care Zo xx

Lovely photos and pleased to hear the kitchen's nearly finished. I am on catch-up at the moment as I was forced to go to Harrogate yesterday for the Country Living craft show.
Take care and keep smiling, Angela x

I've seen Elf on the Shelf turning up in various posts recently, Annie, and they all seem to be very busy though some are very naughty - not the good influence Bob seems to be on the twins! I quite like the idea of him reporting back to Santa on what kind of day the children have had. Love the photo of Steve with the snowman, and Lulu looking wonderful in her costume. It's such an exciting time for children, isn't it? Hugs, Elizabeth xx

I am not sure that I did make that outfit you know - if I did, it has completely gone from my mind!!!

I love the pile of IKEA instructions Annie. I bet you don't want to wotk through those again in a hurry!
I don'tn think we had the elf on a shelf when my boys were small,
though I have heard of it. It looks fun. It is the sort of thing they would have enjoyed.
Love Steve with the big snowman, and little Lulu all dressed up. It is a lovely time for the little ones sin't it. Enjoy your week. Kate x

My children are too old now for the Elf. aww I love the photo of Steve and the snowman . Have a lovely week . Soojay xx

What and adorable pic of the little guy with the snowman. And the little maid is just too cute.
Mr R was saying that the Gorgeous is too little this year, but next year he wants to do the Elf as he thinks she will have great fun looking for him.
All those instructions are crazy. They should just give out one packet when you purchase a whole kitchens worth. In my house they would be headed straight for the fireplace!
Have a wonderful week!
Hugs,
Michelle
*Just realized I still haven't heard from you about the cards you won. Email me your mailing address and I'd be happy to pop them in the post to you*