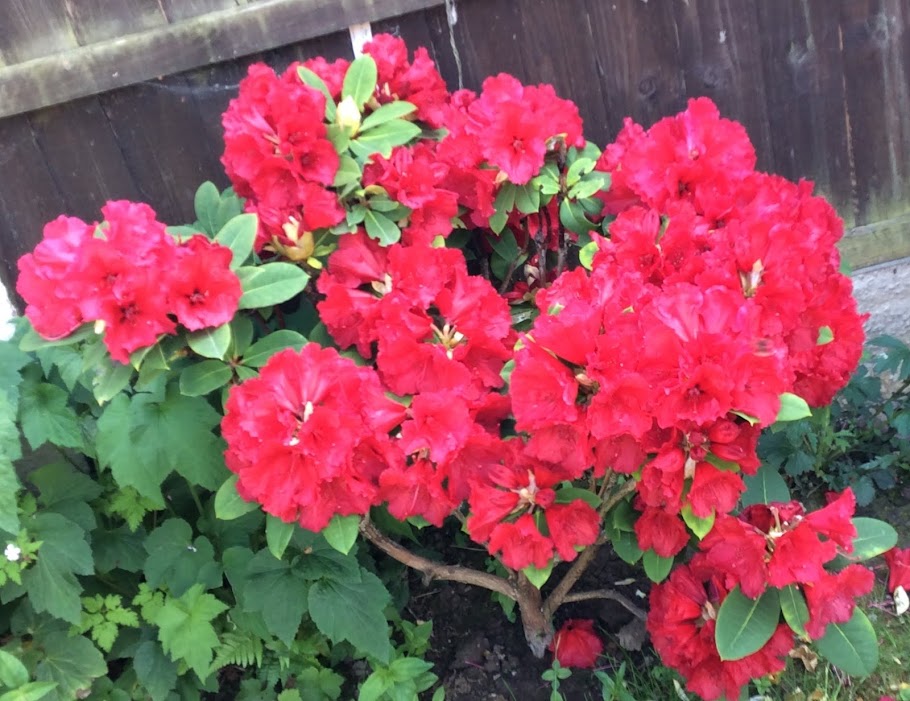 Oh what a lovely week it's been here at Sewing by Annie's.  Last week we were up to our ears in snow and this was the view out of my sewing room door.... 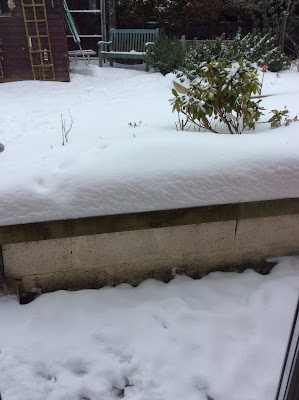 Some of the snow drifts were very deep as you can see and that little lot was covering my little tete-a-tete daffodils!

The snow seemed to be with us for days and our youngest daughter was snowed in for several days with 3-4 foot drifts on the road from her home! 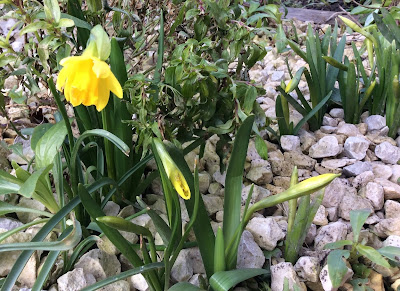 The snow eventually disappeared over night and on Wednesday morning there wasn't a sign of it in our garden.

Just look what I've snapped for you....bless them they are no more than about 4" high but have survived being completely covered in snow and the sunshine we are having now has opened out the very first of the blooms. 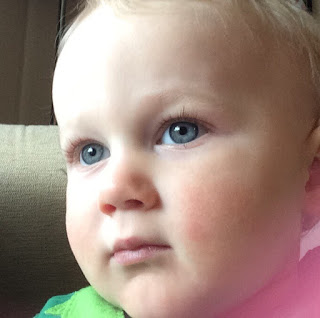 I had a special little visitor arrive at 7 on Tuesday morning because his mummy had been called into school to cover for another teacher who was off sick.  Bless him, he's cutting big back teeth and had been up a lot in the night so we had lots of cuddle times and it was a long day for us all but he never fails to make me smile.
I love the stage he's going through now....he's like blotting paper and listens to everything you say with such interest....and copies everything too.
I had lots of toys out to play with but his favourite toy of the day was a new shoe box....isn't it always the way? 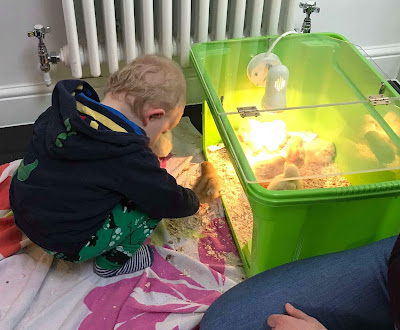 Spring is definitely on it's way.  Theo enjoyed a sneaky preview of the baby chicks that had just hatched for a project at his mummy's school....don't you just love a fluffy new hatched chick?....Theo did as you can see.

That's all my shares for today.  Please leave me a little message and then, if you can, link up to your own smiles below.  Thanks to all who join in each week.
Hugs,
Annie x
Posted by Annie at 06:30

Hi Annie,
I'm like a old penny, I keep turning up. How are you? its lovely to be taking part in this again.

I have hatched many a chick in my time and its great fun and really educational for kids. They are so cute too.

have a great week
Gill X

Snow around the world, and not a drop where I live. Theo looks adorable, especially when he was inspecting the new baby chicks. Hope your weekend is fabulous, Annie.

Oh such a handsome boy!

Those Little daffodils are a sight to behold! Beautiful! A sign of spring.
What a lovely photo of Theo. You have captured him so well there. He is a gorgeous chappie. I bet he loved the Little chick.
Hope you have a good weekend (with no snow),
Love
Lisca

You certainly had a good amount of snow this year. I am glad it has gone for you though. It can make the roads so dangerous,though it does look pretty when no-one has walked across it. Aren't those little daffodils amazing. You'd think they would be completely crushed. I didn't have mine for long, and the warm sun today just about finished them off! But they were nice while they lasted.
I can imagine Theo was tickled pink by the new little chicks. I can still remember the day dad took me down the garden to see ours. He had cobbled together some sort of infra red heater for them and I think he had bought them ready hatched, so they must have arrived while I was in bed.
Of course a shoe box was the best toy. Think of all the possibilities it offers! When you think you have lost something this week, you know where to look!
Have a great week. Kate xx